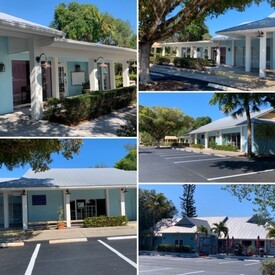 
Copy the link above and share via email or IM.
FOR LEASE
Property Type:
Multi Tenant Office
Last Verified:

Invest Florida is proud to represent Islander Center and this 1,452 SQFT retail space. This space was previously a boutique clothing and accessories store and is built out very nicely to accomodate your island boutique! The space has an open floor plan with three destinct areas for merchandise. The space has nice kitchen/breakroom and managers office with nice built-in reception/checkout. Higher ceilings gives this space a open feel with skylght. There is a small dressing room that could be converted into 2nd bathroom. This space is perfect for specialty retail, cafe/bistro or medical office. I encourage you to schedule a walk thru before its gone!

Sanibel Island is a barrier island located off the shores of Fort Myers, FL. Sanibel Island is a world class destination know for its natural beaches and unparelled shelling. The Island offers every amenty possible such as two grocery stores, new library and performing arts center. The island is a mekka for water sports and sport fishing. Just 30 min to Southwest Florida Regional Airport (RSW) and 15 min to Heath Park Hospital and Gilsano Children Hospital. Don't miss this opportunity to live and work in paradise!

With over 167,000 annual visitors (2014), Sanibel is a city in Lee County, Florida, United States, on Sanibel Island. The population was 6,469 at the 2010 census, with an estimated 2012 population of 6,741. It is part of the Cape Coral–Fort Myers Metropolitan Statistical Area. Sanibel is a barrier island – a collection of sand on the leeward side of the more solid coral-rock of Pine Island. The city incorporates the entire island, with most of the city proper at the east end of the island. After the Sanibel causeway was built to replace the ferry in May 1963, the residents asserted control over development by establishing the Sanibel Comprehensive Land Use Plan in 1974 helping to maintain a balance between development and preservation of the island's ecology. A new, higher bridge, permitting passage without a bascule bridge (drawbridge) of tall boats and sailboats, was completed in late 2007.

Thanks to easy causeway access, Sanibel is a popular tourist destination known for its shell beaches and wildlife refuges. More than half of the island is made up of wildlife refuges, the largest being J.N. "Ding" Darling National Wildlife Refuge. The Island hosts the Sanibel Historical Village and a variety of other museums and theaters, as well as many non-profit organizations like the Sanibel-Captiva Conservation Foundation, the Clinic for the Rehabilitation of Wildlife, and the Sanibel Sea School. In August 2004, Hurricane Charley hit the island causing mandatory evacuation for the residents and resulting in the most storm damage to the island in 44 years.