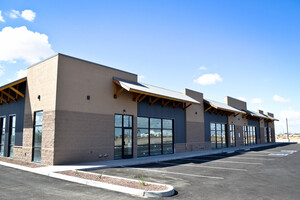 
Copy the link above and share via email or IM.
FOR LEASE
Property Type:
Big Box Retail
Last Verified:

Located at the signalized intersection of 32nd Street (Business Loop I-8) and Avenue 8E, on one of Yuma, Arizona's busiest roadways connecting the City of Yuma to the Yuma Foothills with a daily traffic count of 29,437 (Raw Winter Count, Source YMPO) and 21,024 [Raw Summer Count, Source YMPO].

Property is located in Yuma, Arizona on one of Yuma's busiest roadway, 32nd Street (Business Loop I-8) and Avenue 8E connecting the City of Yuma to the Yuma Foothills. Location is within close proximity to the Yuma International Airport, Marine Corp Air Station Yuma, Arizona Western College, and the Northern Arizona University and University of Arizona Campuses.